Good-bye, 2015, and hello, 2016!!!! While 2015 was a better year than 2014, I’m still glad to have it behind me. I may or may not talk about the reasons why in a later post, but what I will talk about are the goodies that were consumed before the year wrapped up. I may also do a separate post of favorites later, but again, we’ll see if the mood strikes.

So, let’s see how I ended the year, shall we? 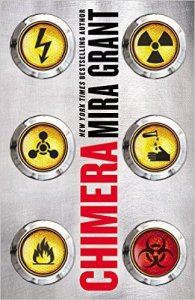 Well, I utterly failed at novel reading in December. In my defense, the holidays were an absolute bitch, and I didn’t have the wherewithal to focus on reading. It’s bad when it takes nearly a full month to read a book by a favorite author (hello, Mira Grant!), especially when it’s not the book’s fault.

Speaking of Chimera: while the Newsflesh universe is my favorite still, Grant wrapped up the trilogy nicely. I love how she develops her heroines: each are unique to their own series, and I never have to worry about thinking I’m reading George’s POV when I’m in Sal’s.

It was a nice ending.

2015 ended with 46 books read, not including novellas, novelettes, and short stories.

No short stories for December, which means I ended the year with 18 pieces of short fiction read. If you total that with my novel count, I ended up reading 64 THINGS, which isn’t bad. It’s no where near the totals I was reading five or so years ago, when I read 100+ novels without blinking, but that’s okay. 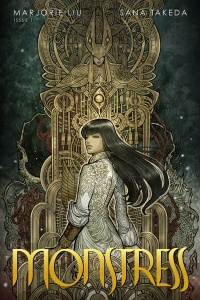 What a lot of comics read this year! I read a total of 252 individual issues of comics, which was very spread very unevenly through-out the year (some months, I only read four issues!). I’d like to get back into the habit of reading one individual issue per day, which means 366 issues read by the end of 2016, but we’ll see.

In terms of stand-outs, Red Thorn #1 was an interesting start, as was Orphan Black: Helsinki #1, which is getting into the story we haven’t seen in the show. But the absolute stand-out this month was Monstress: the art is beautiful and intricate, and the story is captivating. Issue #3 should be coming out soon, and I can’t wait.

Graphic Novels: no new graphic novels in December, which means I read 3 graphic novels (comics collected and/or published in a single volume instead of individual issues)

Movie-wise, we ended the year with 101 movies watched (obviously, a lot of them are repeats, and only 9 were in theaters). December was a fun month, with Christmas movies and a Hobbit re-watch, and of course, the crowning jewel: Star Wars: The Force Awakens. I’ve only seen it once so far, which makes me feel like a bad fan, but I still plan on seeing it again before it leaves theaters. I love the new characters to pieces. TO PIECES, I TELL YOU. 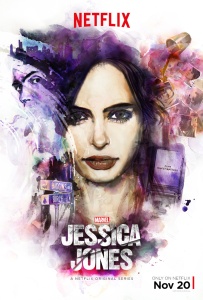 Television shows are a trickier beast to count, because often the seasons completed in 2015 started in the previous year. However, I don’t mark shows on a list unless I’ve completed a season, whenever that happens to be. And because shows typically don’t wrap up in December, this month’s list isn’t that big. That said, I completed 53 shows in 2015, and in December, I finally finished Seinfeld, so now I get ALL THE JOKES. I also started watching Cheers on Hulu, which has been surprisingly enjoyable.

Of course, the stand-out for the month was Marvel’s Jessica Jones. Despite it being a Marvel property on Netflix, it’s a very different show from Daredevil, and I don’t recommend watching Jessica Jones before Daredevil, because chronologically, it comes after, and also, the story structures are so very different. Jessica Jones is tight and controlled, with a very specific goal for its first season, and it’s just so very good. Dark and gritty, yes. But so very good.