December is here, and with it comes holiday madness and the end of the year. It’s hard to believe we’re at the end already, that Thanksgiving is over. I can’t say there’s anything exciting on the horizon for this month, after all: it’s the holiday season. That being said, it’s no excuse not to share what goodies have helped time fly by so quickly, so without further adieu, here is November!

Novel-wise, it feels like a lackluster month. I decided that I’ve basically lost interest in Rachel Caine’s Weather Warden series, which is no fault of the author: the first three books are great. I just took too long a break, and book four wasn’t enough to bring me back into the fold. Again, it’s not the author’s fault.

However, I did thoroughly enjoy Claudia Gray’s Star Wars novel, which is set pre- and post-original trilogy, featuring new characters, cameos of those we know and love, and some hints as to what comes after Endor.

The star this month was Naomi Novik’s Uprooted, a stand-alone fantasy novel that’s marketed YA but I sure wouldn’t let my almost 13 year-old niece read it yet! It’s a fantastic tale, and the first I’ve read from Novik. Well worth the read.

Look at me reading lots of short fiction! There was a method to my madness, as I was waiting on Mira Grant’s Chimera to come out and didn’t want to start a BOOK, so I read a lot of short pieces! The McCray was recommended by a fellow Odyssey graduate (in fact, I think McCray is ALSO a fellow Odyssey graduate), and the rest of the short fiction came from authors I already know and love.

Featured here is The Anderson Project, where the Ken Liu, Judith Moffatt, and Kathleen Ann Goonan each wrote a unique story based on the same piece of artwork, which is the cover used here to the side. I originally bought the collection because of Goonan’s story, as I’ve enjoyed her work in the past. It was a delight to realize that Liu was also involved, because while I hadn’t read him at the time of buying this collection, I’ve become very familiar with his work since then, and he’s a must-read for me now. 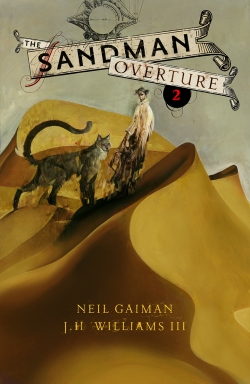 An interesting month for comics. Featured, of course, is Neil Gaiman’s The Sandman Overture, because THUD. It is… amazing. And it’s not for audiences who haven’t yet read the main series. This six-issue series is epic in the fullest sense of the word, and J.H. Williams III’s artwork is the epitome of what the art of Sandman should ever look like. Featured here is one of my favorite covers, albeit the variant by Dave McKean.

But also this month had some Vertigo #1s that my hubby and I sampled. Worth pursuing so far: Clean Room #1, Unfollow #1, and The Twilight Children #1.

The James Bond comic? Not for me. It seemed to amplify everything I can’t stand about what Bond is traditionally, and since the artist rendition of Bond looked nothing like Daniel Craig, I can pass.

Graphic Novels: Once Upon A Time: Out of the Past By Kalinda Vazquez and Corinna Bechko 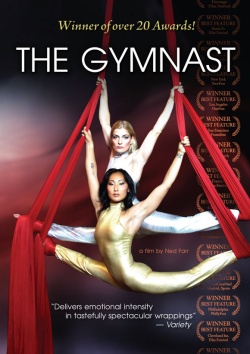 I can’t say much about the movies watched this month. The hubby and I are back on the Marvel marathon, except we thought that Iron Man 2 was after Avengers, and so we skipped right over it. Which is okay… I still consider it one of the weakest Marvel movies, so we’ll get to that later.

We’re making Planes, Trains, and Automobiles our Thanksgiving tradition, just as A Christmas Story is our Christmas tradition. This is a good thing.

But the featured film this month is The Gymnast, a love story about a former gymnast who find a new way to love her sport, and a new partner to love it with.

Also, continuing on last month’s cats in movies theme? Home. A cute movie, very much geared for a YOUNGER audience, but the cat is so my favorite character.