Yes, yes, I know I’m hideously late, but April is a busy month, and my brain didn’t want to compose a blog entry. So it’s well past time, once again, to look at all of the culture I’ve been consuming from the month before. Quite a fun month, I must say, so feel free to join me to look at all the books, comics, movies, and television I finally got under my belt in March!

March wasn’t really an epic reading month, considering the first book on the list I started back in February, and the second book on the list was able to be read in one sitting. That being said, everything was enjoyable: Charlie Jane Anders’ All the Birds in the Sky was a quirky blend of SF and fantasy, one that did drag in the middle and end a wee bit abruptly, but was enjoyable all the same. I’ve only recently discovered Sarah’s Scribbles, but the comic strips are such a delight I had no trouble plunking down cash for the book and laughing my ass off while reading (the uterus as a super-villain? YES). And of course, I ended the month with a favorite: the latest installment of Seanan McGuire’s InCryptid series, which was fun to read. I adore this series, and always want more.

So I got a bug, and that bug was to read one short story per day. Obviously, I didn’t do this EVERY day in March, but there’s something comforting about reading a complete work in a single day, and oh, what great stories I read. I should note that Timons Esaias was my mentor when I was in the Seton Hill Writing Popular Fiction graduate program, so I’m maybe a little biased, but that was a wonderfully clever read. I adored Carrie Vaughn’s “The Game We Played During the War,” and Angela Slatter’s “Finnegan’s Field” just gave me chills, it was so awesome. I seriously need to go read ALL of her work now. Wrapped up my short story bingeing with Seanan McGuire’s free fiction from her website, which is what got me pumped for the aforementioned Chaos Choreography.

Best of all: ALL of this fiction is FREE online. The McGuire can be found on her website, the Vaughn and Slatter can be found on Tor.com, and the Esaias piece is at Lightspeed.

I didn’t do so well this month. I got caught up, but then it was easy to let things pile up again, so eh. I’m totally bombing my one issue per day thing, but that’s okay. I don’t know either if any issue was a real “stand-out” to me or not, although Unfollow has been fascinating to watch unfold. 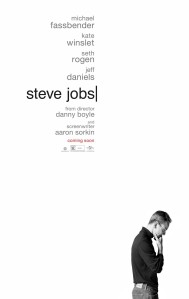 An odd viewing month with very different films. Crimson Peak was fun, Steve Jobs was very well done, and The Duke of Burgundy’s title made NO BLOOMING SENSE to me.

March was an embarrassment of riches in terms of TV, because everything was SO GOOD. How do I pick my favorite of the bunch? There’s the rollicking fun of Agent Carter, the amazingly constructed/acted/etc of Better Call Saul (which I FINALLY got to watch S1 of!), the general fun of Cheers, the binge-worthy Daredevil, and last but not least, the bubble-gum pop fun of The Shannara Chronicles, which — once I got over the sheer YOUTH of the main trio — I enjoyed a whole hell of a lot. Also, Allanon was surprisingly hot. 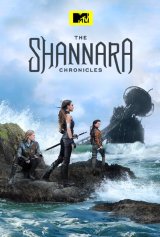