2016 is here, and more to the point, it’s already February. Time flies when you’re having fun, and in my case, that fun is books, movies, television, and comics! Here’s what I managed to consume in January. 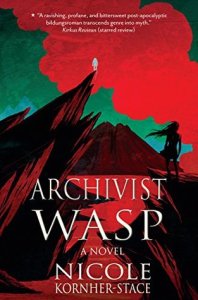 When it came to novels, I started 2016 with a bang! January brought some great reading, and some not so great. I’ve committed to being more discerning when I’m reading books, which means if a book isn’t grabbing me early on, then it goes to the DNF pile. In January, I had two DNFs, and I would’ve had three, because the novelization of Star Wars: The Force Awakens was terrible. I finished it because I’m a glutton for punishment, and because I’m a Star Wars fan. The two books I actually didn’t finish? Were far better written than Foster’s adaptation, but sadly the texts simply did not engage me.

In the win column, Newman’s Planetfall, Bow’s The Scorpion Rules, and Kornher-Stace’s Archivist Wasp were all compelling reads, as was Duncan’s The Bullet-Catcher’s Daughter, a book I’m still having trouble believing was written by a guy, given how convincing the heroine’s POV was.

January, in short, was a great reading month.

I hadn’t planned on any short fiction in January, but Lee Robins posted a link to a short story of hers published at Daily Science Fiction, and I had to give it a gander. A great read, and I adored the format.

1) “Tin and Mercury, Gilt and Glass” by Lane Robins

I have a goal of reading one comic book a day in 2016. Now, that’s not always going to work out: I’ll run out of individual issues, or I’ll get sucked into a graphic novel and read more than one chapter, but that’s the goal. January worked out great, as I not only met my goal (for a total of 31 issues), but I read a hardcover collection in addition (Lumberjanes, what an adorable and fun comic!) as well as a giant, over-sized issue collecting Jem and the Holograms covers for the series so far. Well, read is an exaggeration: there was nothing to read there: just lots of pretty covers to look at!

1) Lumberjanes: To the Max Edition: Volume 1 by Shannon Watters

Why yes, I did go see Star Wars: The Force Awakens in theaters. Again. I’ve officially seen it twice, which is a woefully small number, but maybe I can correct that before it finishes its theatrical run.

In other news, I finally got to watch Inside Out, which was ADORABLE. The Visit was a nice return to form for M. Night Shyamalan, and the end of Bone Tomahawk freaked me the hell out.

A Perfect Ending
Bone Tomahawk
Cabin in the Woods*
Cop Car
Inside Out
Mission Impossible: Rogue Nation
Star Wars: The Force Awakens* (in theaters)
The Descent*
The Visit
Tropic Thunder*
What We Do In the Shadows* 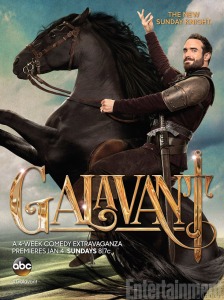 I’m addicted to Cheers, to the point I’m letting on-going comedies like The Big Bang Theory and New Girl simply fall by the wayside. It’s a great show. American Horror Story: Hotel wrapped up, and while there were storylines/characters I liked, I still find that American Horror Story: Asylum is the best. But the most fun to be had in January was the second season of Galavant. It delivered on season one’s cliff-hanger and ended in a wonderful way that allows the story to continue if it gets renewed, but is utterly satisfying if it doesn’t. And the songs…. oh, the songs…..

How is it June already? I mean, seriously! Time flies when you’re having fun, that is if you consider books, comics, movies, and television shows as fun! Feel free to peruse my list of entertainment consumed, and tell me what you consumed yourself. Got any recommendations? Lay them on me!

END_OF_DOCUMENT_TOKEN_TO_BE_REPLACED

It’s that time again! Amazing how fast the time flies, but once more, it’s time for another Culture Consumption. As always, I’ll post a list of what I’ve read/watched over the past month, and in some cases, provide some commentary. If there’s anything you’re interested in or curious about, don’t hesitate to ask me in the comments, and I’ll be happy to talk further!

May was a better month than April, when it comes to reading. Granted, it still sucks in comparison to my old productivity, but given all the stuff on my plate, I’ll take it. A head’s up: June will likely be filled with a lot of Hugo-nominated works, as the Hugo Voter’s Packet is now available and given how slowly I’m getting around to things lately, I’m gonna have to get some reading done. 🙂 But I’m happy enough for May’s results, especially on the television side of things, I finally finished watching Breaking Bad and True Detective, so let’s dig in!

END_OF_DOCUMENT_TOKEN_TO_BE_REPLACED

As you all well know, I watch a lot of television. I’ve already spoken about a few shows already (Continuum, Cougar Town, Homeland, Justified, and The Walking Dead), and now that the main television season is over (mostly), I think it’s time to tackle a few more. Please note: this is not, nor is it meant to be, a critical examination of these shows. These are NOT reviews. Rather, I’ll just be sharing my reactions to the shows listed below. And because Game of Thrones will be ending its second season in a few weeks and my hubby and I are catching up on Vikings, today’s installment will focus on comedies, including the series finale of The Office.

So, if you’re interested in hearing about the following shows, keep on reading! No spoilers, I promise! 🙂