Welcome to Part Two of Calico In Conversation with Aubrey Gross. If you missed Part One: Hard to Swallow, feel free to click here to catch up!

Editor’s Note: this interview was originally conducted in March through August of 2016. 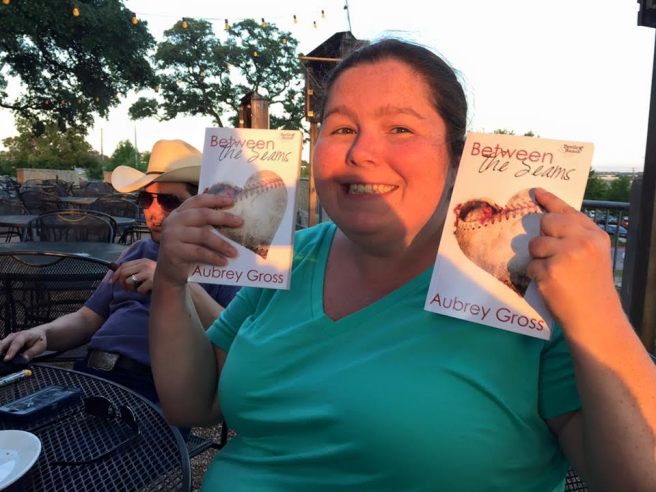 I feel like over the years, genre fiction has gotten to be far more accepted by the mainstream, though sometimes you’ll still get a literary snob complaining about things like YA fiction or Game of Thrones. But thanks to the film and television industry, I feel like there’s a boom there that I hadn’t previously seen in my lifetime. EXCEPT: why is romance still the red-headed stepchild of the genre market?

I think it’s a combination of things. There’s the misconception that romance is “mommy porn” or “porn for desperate, single women,” which couldn’t be further from the truth. Romance isn’t pornographic. Romance is about emotions, and a lot of people don’t “get” why anyone would want to read a book that’s primarily character-driven and chock full of all kinds of emotions (and, yes, often sex). My reason for reading romance is that it reaffirms my belief in love despite the odds, whether those odds be a psychotic killer on the loose, a mother determined to see her daughter married off to the duke rather than the earl, the complexity of a long-distance relationship, or a heroine who’s unable to trust after being left at the altar by her first love. Romance is about triumph and taking risks and stepping out of your comfort zone and growing as a person — all in the name of love. A lot of critics say romance novels are unrealistic, to which I say: but are they really? In our relationships, we all have things we have to overcome in order to be happy. Distance. Past experiences. Wariness. Job dynamics. Our own internal fears. The list goes on and on.

And I’ll also be quite frank — I sometimes think part of the derisiveness is simple jealousy. In 2013, $1.08 billion in romance novels were sold according to BookStats. And according to Nielsen and BISAC, romance novels accounted for 13% of adult fiction novels sold (source: RWA). Because those numbers only reflect books with ISBNs, there are a lot of indie books NOT being reported on (the folks over at Author Earnings do an amazing job of explaining this). The July 2014 Author Earnings Report took a look at the genre breakdowns, and at the time 66% of romance novels in the Kindle Store were indie published (my guess is that it’s probably more than that now, just from anecdotal evidence). Basically, what it boils down to is that a lot of people read romance, which means more readers (and yes, more money) for romance authors as a whole. I might be off base with that one, but from personal experience and the experiences of other authors, I don’t think I’m too off the mark on that. 😉

I’ve often wondered, too, about the fact that romance tends to be the ONE genre that’s primarily driven by women, if there isn’t a little bit of institutionalized sexism happening here, intentional or not. And no, I’m not just blaming the men; women can and are just as bad when it comes to criticizing the genre, its tropes, and its readers. I admit to being guilty of it myself, once upon a time ago.